Theoretical accounts of political belief systems conceptualize them as networks of interrelated views about politics. Belief Network Analysis has emerged as a promising network-based method to map the structure of political belief systems and identify its central elements. The method involves constructing networks from survey responses; network nodes are given by survey items and edges by measures of statistical association between nodes. Betweenness centrality estimates from such networks reveal which (if any) nodes are located between clusters of issue-specific opinions, thus connecting nodes from diverse issue domains. When applied to the United States case, Belief Network Analysis identified self-placement in the left-right political continuum as the central node. This research examines how political belief systems are structured across Europe and whether they follow a pattern similar to the one observed in the United States. I employ data from the European Social Survey - wave 2012, which contains a module measuring beliefs and expectations about what democracy should be in addition to a module on general politics. Following Belief Network Analysis procedures, I construct networks of correlations among survey items and obtain betweenness centrality estimates for the resulting networks. I then conduct bootstrap procedures to evaluate the robustness of the findings. In addition, I assess the heterogeneity in the structure of political belief systems across subpopulations segmented by demographic characteristics and key political variables (e.g., level of political sophistication). The presentation ends with a discussion of the findings in relation to political reasoning, belief formation, and political decision making. 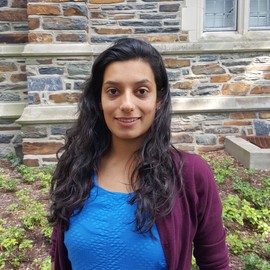